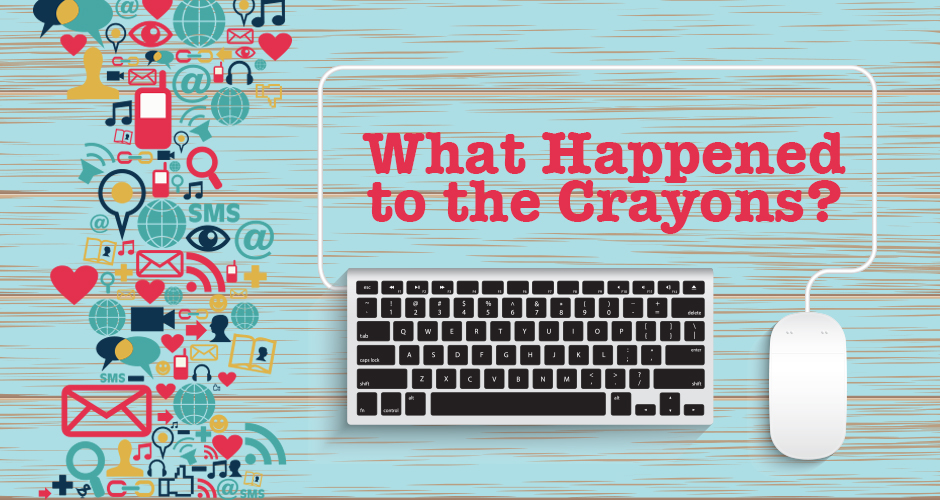 Where to begin on the topic of the internet and social media? I remember it showed up in my world when my kids were in middle school with AIM. All the parents were up in arms that it would ruin their spelling and grammar … everyone wondering where we were heading. Boy has the world changed since my kids were that age!

When my kids started interacting through the internet, I was so heartsick to witness hurt feelings when they would see photos of friends at parties to which they weren’t invited, or a boyfriend/girlfriend would break up over the computer. I talked with them, at length, about having the respect and dignity to talk to people in person, face to face.

I will say that at least one great thing came out of that early time … all my kids are the most amazing typists. When I was a kid, I steered clear of typing class because I was irrationally afraid that if I knew how to type, I would end up with some kind of typing job that would deter me from my ambitions to be an actress. Well that is probably the dumbest decision of my education, as I still hunt and peck for the most part. But I am getting sidetracked…

In the 10-15 years since those early fears, technology has sky-rocketed. Now, there are so many ways to communicate and share your life. I think that mostly this has been fun. Now, with just a few keystrokes (which takes me longer than it takes you for sure), we can connect with anyone around the world, at any time. It’s free, live and it allows us to share elements our lives, even when distance keeps us apart. From recipe sharing and birthday reminders (I’ve considered joining Facebook just for this benefit) to any number of platforms helping people raise awareness and money for important causes, there are plenty of reasons to love social media. And while I still love to read the actual paper, social media has made it possible for people to discover things they would have never known – be those political, social, entertainment, etc.

But it’s not all positive and it’s not all fun. I have been out to dinner with my husband and we see people “posing” for Facebook (you can tell the look) … or even crazier, a couple sitting at a table and both are on their phones and not talking to each other!!! BUMMER … what ever happened to being in the present?

If anyone has seen the movie Brooklyn, what struck me the most was the simplicity of dating. Actually sitting at dinner and asking about the other person, and being interested in their response.  It seems like today, everyone is anywhere and everywhere, instead of right where they are.

AND don’t get me going on kids … everyone plugged into an electronic device. What happened to conversation and good manners? And what about crayons and paper??

As for myself, a year and a half ago, my daughter suggested I start a blog because she thought I had good advice … I love decorating, gardening and cooking, and she thought I should share that. That seemed daunting (especially with the whole hunt and peck thing … thank you, Mandy), so I decided to start simple and open an Instagram account. I liked the idea that it was mostly visual, and once I started, I was hooked. I actually think about my posts … look for something I think “my followers” would get a kick out of, whether that’s photos of my garden, behind the scenes shots at Days or just something cool I’ve seen. 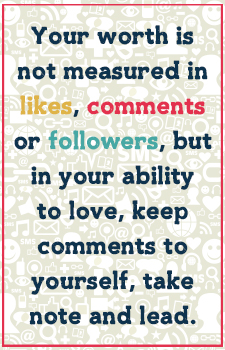 I have to say, I never DREAMED that anything I’ve posted would warrant a negative comment! Why would someone waste their time throwing nasty, negative thoughts out into the atmosphere? For what purpose or what gain?  It truly baffles me. And I’m not even talking about comments directed at me per say, but I’ve seen comments made to people I know – sweet girls from my show, who put up what they thought was a fun photo and people, under this mask of anonymity, pick them apart about being too skinny or too whatever. It always shocks me, because we are all putting ourselves out there, with really good intentions … sharing because we are under the impression (or perhaps illusion) that the followers are having fun too. When did it become okay to be mean?

It reminds me of a silly scene in a movie where the husband and wife are in therapy and the therapist says “It’s safe, you can talk about anything.” The husband does and it backfires and he says, “Wait I thought we were in the nest … are we not?”

I understand we’re not in a nest when we post publicly, but I don’t understand this strange world in which people feel free to post something that they’d never say face to face. Where will it all go from here? I will be curious to see.

I, for one, will continue with my commitment to see the good and wonder in my life, optimistically share and encourage kindness. And I’d love for you to join me in that … because kindness is contagious.

Cheers to a positive 2016 and beyond!