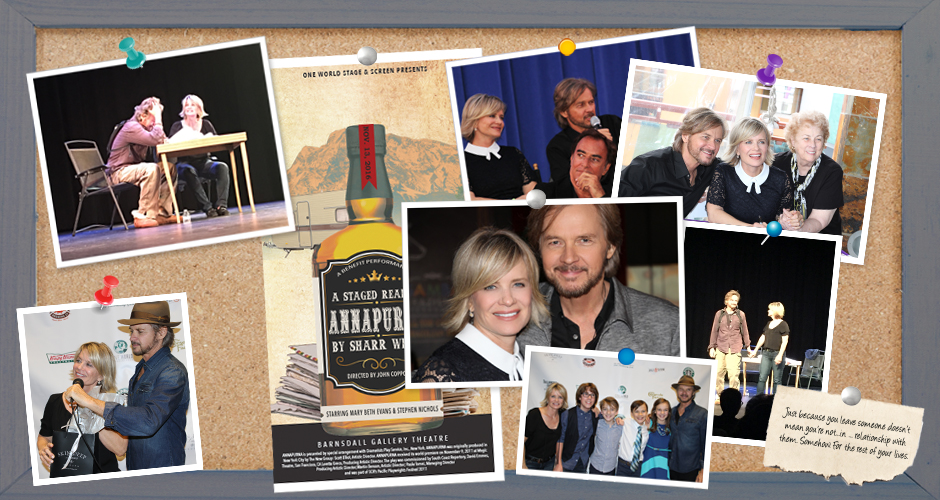 Many times, as I am daydreaming out the passenger side window while someone else drives, I am captivated by the passersby. I often imagine the day of the other cars’ occupants … their lives, them getting ready and getting into their cars to start the day.

Like those people in cars, we all move around on this planet in our designated or chosen groups or families.  How do we create our little circles? And why are we so easily ruffled or annoyed when a stranger stands too close or otherwise infringes on our circle? Sometimes, I think we close those circles in so tight that we find ourselves stuck … maybe we want to branch out, but we no longer know how.

I bet you can’t figure out where I am going with this, right? Well, here it is …

This past weekend started with the annual Day of Days event at Universal Studios. I’ve participated in this event for several years, and I am still so struck by and pleased to find out how many people have met and become friends through the show. People who share a love of the show or a couple, and find each other online – either as members of groups on Twitter, parts of fan boards/clubs, or through discussions on Instagram and Facebook. Hearing about the S&K Twitter group, learning about these new groups of friends and seeing how my #kindnessis blog took off means the absolute world to me!

Like in years past, so many people told me this weekend how they’ve met new friends from all over the country and the world through these online platforms. And now, not only are they communicating online, but also they’re planning trips and meeting up for fun weekends together. New, fun and valued friendships that they never dreamed of having … friends who would have never been in their little circles. As I have often said, no one finds you at home. More importantly, and what I really mean by that is, if you put yourself out there in the world, you will reap the rewards! 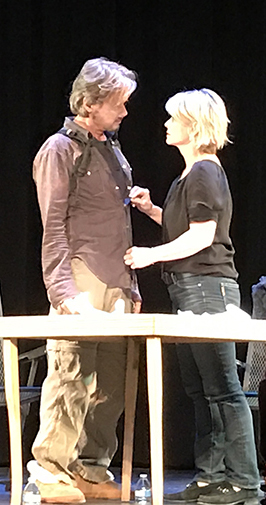 After a long day of meeting fans and signing autographs, Sunday rolled around and it was finally time for our benefit performance for One World Stage & Screen. This show was a long-time coming! Stephen and I first mentioned maybe doing a play at our event last year, and committed to it about six months ago. We considered a couple of pieces, but nothing was really exciting us. Then Mandy found an amazing piece (Annapurna) for us to tackle. We read it and both thought it was perfect for us, and we were excited for the challange it posed.  Little did we know what a challange it would become!

From the beginning we had to admit we couldn’t put it up as a fully realized production. There was not enough rehearsal time for a play of this length, plus to build a full set for a one-night only play … it just didn’t make sense. And we didn’t have the budget to do it right, which this material deserved. So, we decided on a sort of hybrid version – a staged reading. Shockingly, even that took nearly 50 hours of rehearsal time to be “ready.” (Ready? I don’t know if, as actors, we ever really feel ready.)

Mandy, our narrator, met tirelessly with us as we tried to find our way.  With so many levels of emotion and history, this piece could have probably had another 40-50 hours to really be ready. With this sort of thing, you rehearse and rehearse and worry about being ready. But when it comes down to it, you just have to give it up, relax, BE PRESENT and listen to one another. And I think we achieved that. We gave it all we had and went for it … and from what I can tell, people really enjoyed it. Stephen and I both feel really great about the work we did. It was an exhilarating night … one we will never forget!

Trying something new can sometimes be too scary … trust me, I know. Because live theatre is SCARY! I mean, holy yikes, anything can happen. But I’m a firm believer in pushing myself … taking those leaps. So to all of you who’ve been wanting to do something, but letting fear stop you – JUST DO IT!! Do something so crazy and far out of that comfortable little circle that it terrifies you. Because let me tell you, there’s almost nothing that’ll make you feel as alive as when you do!

After the production, my husband gave me a hard time because I had down played it throughout the rehearsals. Until the night before the show I had been telling him and my kids to not even bother coming. But then I opened the door to the possibility they could come.  And you know what – they were blown away! And boy, am I glad they were there! Later, as my husband and I talked further, I realized that I’ve always done this … with every theatre piece I have ever done. I always think I’m bad in it and that I’ll get tossed out for bad acting. My self doubt is ridiculous, but I somehow always manage to keep plowing forward. I think for me, my fear of failing to try is greater than my fear of being bad, so I keep going. And in all the years, those fears have never seemed to stop me from throwing myself out there taking or taking the huge risk.

Maybe I’m growing up a little (mid 50s seems like a good time to start!…HA), but after this experience, I am making a commitment to knock that shit off! I mean I might suck or fall flat on my face PUBLICLY, but what do I have to lose, right?

I know I’ve said this many times before, but I’m going to say it AGAIN and AGAIN! Get up, get out and get going … in whatever it is that you’ve dreamed of doing. Yes, I can almost promise that your heart will be pounding (just like mine does), but I also promise that rewards will be so very sweet!

Thank you to all who were able to come out this past weekend, as well as those of you who cheered us on from home! Thanks for making me a part of your circle – your continued support means the world  to me!